Site search for work in the security sector №1 in the world.

Now we have 76 actual vacancies! 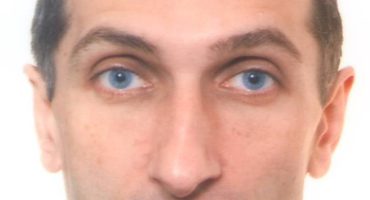 2015-2018 participate in an anti-terror operation in the Luhansk area and in the Donetsk area in the police battalion of Ministry of Internal Affairs “Golden Gate” and the 12 battalion 72 brigade Armed forces of Ukraine. Specialty: shooter, scouting, operator of antitank missile system “Fagot”..

Brief information about yourself:

1989-1991 service in the Armed Forces (Protection of the base nuclear missiles on Kamchatka (Russia)).

1992-1993 armed escorts for humanitarian convoys during the Azerbaijani-Armenian millitary conflict.

1994-1995 the joint Ukrainian-American venture of “Arkona”. Guard of director.

2011-2012 to worked under the contract the chief of security. Guarded the CEO of a large telecommunications company in the Republic of Dagestan (Russia). The level of threat – orange (US classification). This is due to increased crime situation in the country – blackmail, extortion (as criminals, as a police), terrorism (insurgents, Wahhabis, religious radicals), etc. etc. In particular, in the address of the protected person came threats. Duties: creating the private security service, recruitment and training personnel of private security service, directly functionality of a personal bodyguard.

In the 2014 worked in Angola a bodyguard in the Israel company BMEC International Ltd.

From May 2015 participate in an anti-terror operation.

Graduated from “Fitness Academy”, worked as a trainer for fitness.